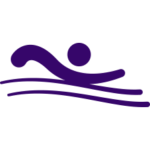 Open Water Swimming was officially integrated in the Olympic Games Schedule only in 2008 in Beijing. However, it is anything but a new sport.

In 1896, during the first Olympic Games of the modern era, all Swimming events were held in the sea, as was also the case for Paris in 1900 and Saint Louis in 1904.

In 2008, in Beijing, the first-ever 10 km Open Water Swimming race took place under the “Marathon” name. The gold medal was won by Dutch swimmer Maarten VAN DER WEIJDEN, who covered the distance in 1h51:51.6.

The sport’s roots go back to 1810, when the British great poet and prominent philhellene Lord Byron swam several miles across the Hellespont, from the European to the Asian coast of Turkey.

In 1991, Marathon Swimming was integrated in the World Championships competition schedule, initially with 25 km races, while shorter distances were added later.

By now many Open Water Swimming competitions are organized all over the world, attracting big audiences.

Two years ago, in the I Mediterranean Beach Games in Pescara, host country Italy prevailed, winning all three gold medals. Dario VERANI was the winner in the Men’s 5 km race, Arianna BRIDI topped the Women’s event, and the Italian team finished first in the Mixed race.

In July 2019, in the World Championships held in Gwangju, Korea, the medalists in the Open Water Swimming schedule’s events were as follows:

In the fourth leg of the 2019 LEN European Open Water Cup, which was held on August 18th in North Macedonia, the 10 km race was won by Greek swimmer Athanassios KINIGAKIS, while Angelica ANDRE of Portugal prevailed in the Women’s event.