In open sea swimming, Christos Karatasos finished 6th, Filio Rautopoulou 6th and Greece finished in 4th place. In the rowing, Paschalis Constantas was 5th, while in the doubles, our country was 4th in men and women. In water skiing (board), Nikos Plytas was 6th, Natalia Paschou (slalom) 6th, Alexandra Paschou (4th tricks). In detail, the countries and athletes that finished in the top three in all competitions are as follows: 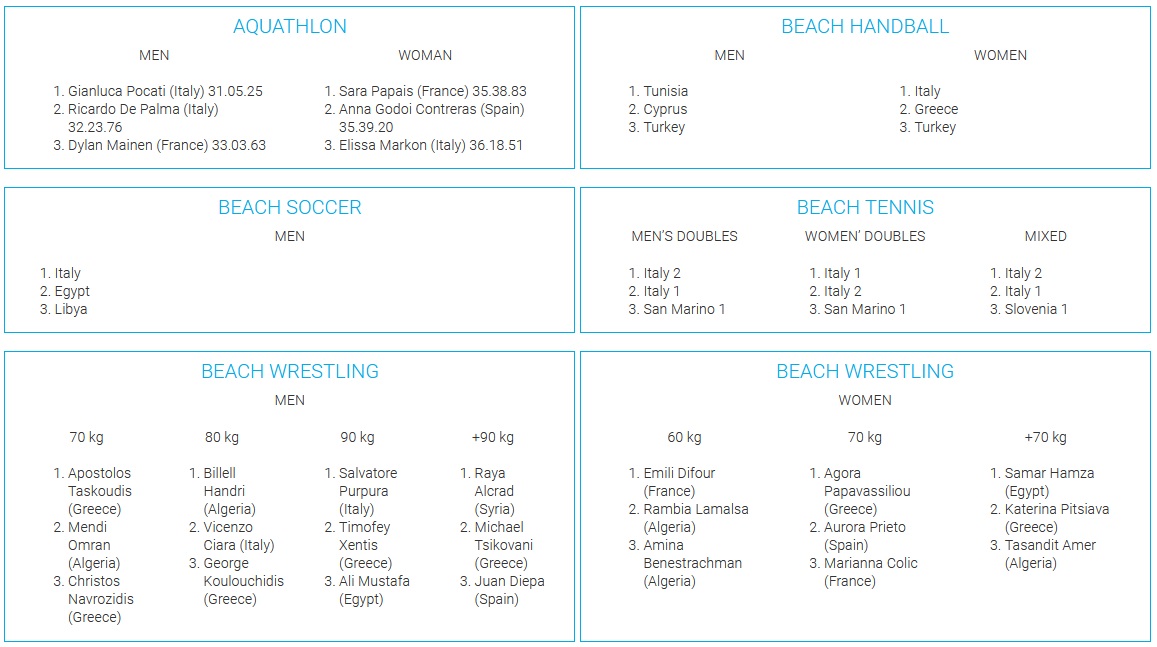 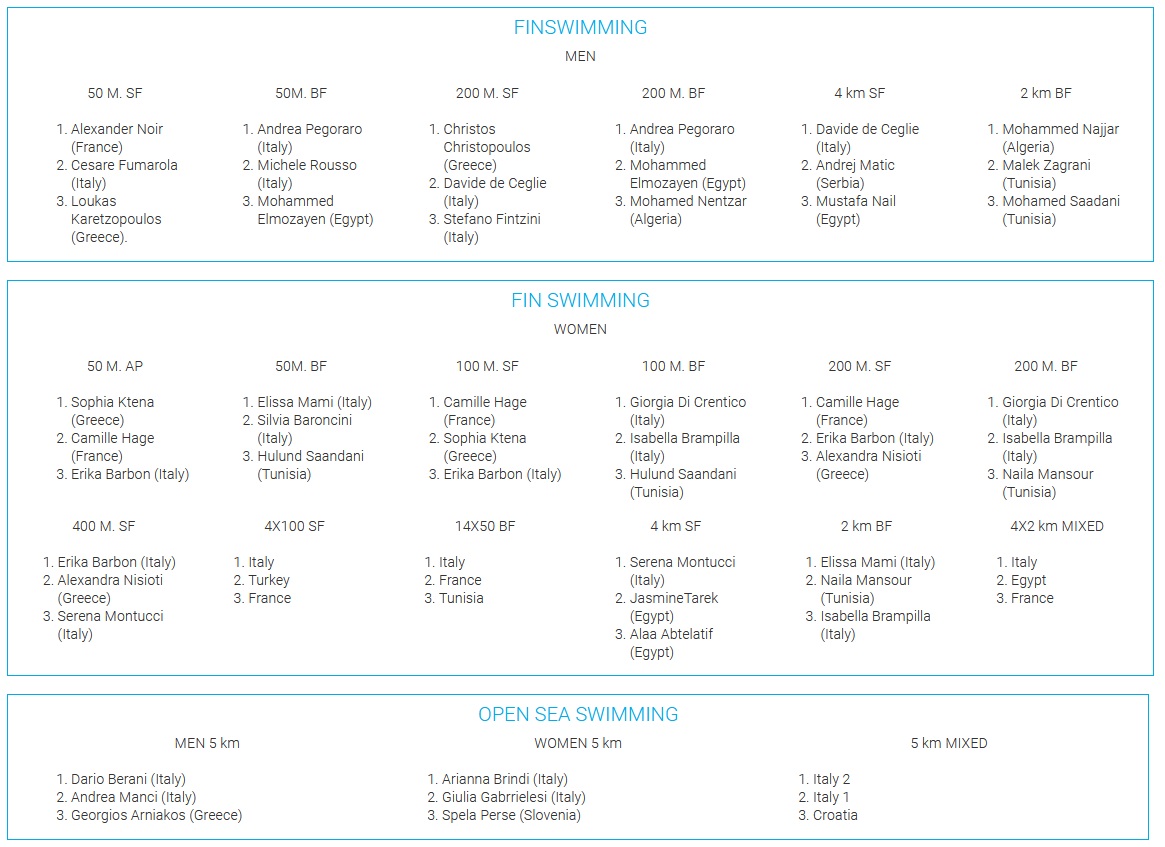 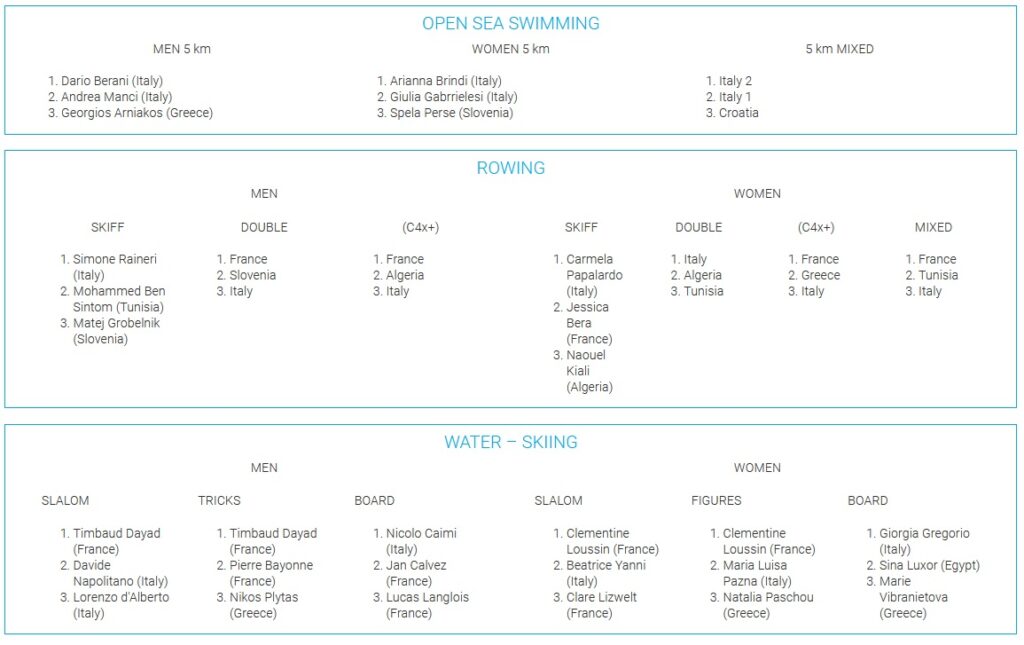