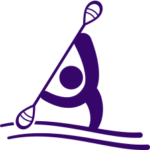 Surf Ski crafts that athletes use are faster and are considered ideal for waves even in the oceans. For an athlete the challenge in a Canoe Ocean Racing race is to take advantage of the big waves caused by wind, hurricanes and wind speeds of over 20 knots.

The history of the sport and the first appearance of Surf Ski crafts date back to 1900 in Australia thanks to the idea of brothers Harry McLaren and Jack McLaren.

The crafts initially resembled Surfboards and the first races were only 700 meters. Due to the long distances in which the races are now held, the boats have become longer than their original form and feature sharp pointed bows and a pedal-operated rudder to control the boat while surfing on wave fronts. Properly designed Surf Ski crafts must be smooth and narrow (to reduce water resistance), but stable enough for athletes to paddle in harsh conditions. Modern versions are made of Fiberglas, Kevlar, carbon fiber or blend and usually have a length of 5-6.5 meters and a width of only 40-50 cm. The first Canoe Ocean races were held in 1958 but the World Federation recognized the sport in 2010. Canoe Ocean Racing events can range from 10km races to multi-day races over 25-30km. Usually this category is approached by athletes competing in the Kayak Sprint or the Kayak Marathon.

Canoe Ocean Racing appeared in Greece in 2014, when the regulations of the sport were drawn up and the 1st Hellenic Championship was held. Clubs and athletes, who gradually started to get involved in the sport, took part in this event, mainly in the Sprint event. The National Team first took part at the 1st Mediterranean Beach Games in Pescara in 2015, and in the same year participated in the World Championship held in Haiti.