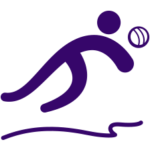 Beach Volleyball: The century of JF KENNEDY, Marilyn MONROE and the Beatles!

Beach Volleyball may by now closing one hundred years, but its popularity underwent an international boom only when the sport was first integrated in the Atlanta Olympic Games in 1996.

It was then that Beach Volleyball beat the stereotypes of world sport and moved sports activities to the open air, under real weather conditions (sun, heat, cold, wind).

As early as in the beginning of the 1920s, games between families were recorded in Santa Monica Beach (California, USA), while in 1927 the sport crossed the Atlantic Ocean and the first tournament in Europe was held in a camp near Paris. Soon Beach Volleyball was also adopted by Bulgaria and then-Czechoslovakia and the Soviet Union. At the time, teams consisted of six players and “spike” attacks were prohibited.

The first tournaments with two-player teams were held again in Santa Monica, pioneered by Paul JOHNSON, who said later that it was too boring for him to wait for teams to assembly a squad of six players.

In the Olympic Games, the sport is played with two teams of two athletes each, and the field is divided into two parts of 8X8 meters each.

During World War II, Beach Volleyball was a constant recreational activity for American soldiers, who in turn spread the sport to many countries.

In 1950, the first circuit was held in the United States, whereas in Brazil people had becoming hysterical about the sport. Thousands of nets were placed in the famous beaches of Copacabana and Ipanema, and press was talking about the “Beachmania” phenomenon.

The first professional 2X2 championship took place in 1947 in State Beach, California, and was won by Manny SAENZ and Al HARRIS. From 1950 to 1965 California beaches created the so-called California lifestyle, boosted by the presence of an amazing dancer, Gene SELZNIK. Tournaments were accompanied by beauty pageants, loud music, giveaways and surprises by their sponsors. Evening matches were played under car lights, and the sport’s popularity skyrocketed when games were attended by prominent politicians like United States President John F. KENNEDY, Hollywood stars such as Marilyn MONROE, pop stars like The Beatles and literature personalities.

In Greece, the first official tournament was held in Varkiza, in the Athens region, from August 1st to 7th, 1988, featuring 32 four-player teams playing in 15 by 7.5 meter courts.

The first Greek Championship took place in 1992. The sport was boosted by the presence of great female athletes such as Vasso KARANTASIOU, Efi SFYRI and Vicky ARVANITI, who were crowned European Champions. Other famous female athletes were Maria TSIARTSIANI, Thalia KOUTROUMANIDOU and Katerina NIKOLAIDOU. In Men’s competitions, the most well-known names were Manolis ROUMELIOTIS, Thanassis MICHALOPOULOS, Michalis TRIANTAFYLLIDIS, Giorgos GIATSIS and Pavlos BELIGRATIS.

In the I Mediterranean Beach Games held in 2015 in Pescara, Italy, medals in the Men’s competition were won by Turkey, Italy and Croatia, whereas Serbia, Italy and France were the respective winners in the Women’s event.