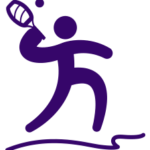 When Beach Tennis was played with shovels!

No one can exactly state when, where and how Beach Tennis was born. However, it is well-known that in the late 1970s, in the sand in front of some beach bars in Ravenna, Italy, traditional Tennis players stepped on Beach Volleyball courts and started playing against each other using shovels as rackets!

In the beginning, the sport was played using a high-placed net similar to Beach Volleyball’s. Several years later, the top part of the net was placed at 1.7 meters, so that the sport could become quicker and more exciting.

In 1997, the International Federation of Beach Tennis (IFBT) was founded, with the purpose of regulating and organizing the sport, managing its rules, training its executives, and promoting it all over the world. By now IBFT has 57 member countries, and is presided over by its very founder, Dr. Giandomenico BELLETTINI.

As time went by, the sport moved from a strictly recreational to a more competitive character, and various games and events began to take place. The curtain was raised with the 1997 European Championships in Italy, with the country also hosting the first World Championships in 2001.

From 2000 to date, Beach Tennis has spread to various European countries, the United States, Brazil, etc.

In the I Mediterranean Beach games held in Pescara in 2015, the sport was strongly dominated by hosts Italy, who won six of the nine medals awarded.

In the Men’s Doubles event, Italy enjoyed a double triumph, as Teo CASADEI and Gian Maria PAZZAGLIA reached the top of the podium, while Diego BOLLETTINARI and Dennis VALMORI won the silver medal. Nicolo BOMBINI and Alvise GALLI from San Marino were the bronze medalists.

Finally, in the Mixed Doubles event, the gold medal was won by the Italian pair of Nicole NOBILE and Diego BOLLETTINARI. The silver went to the same country through Veronica CASADEI and Teo CASADEI, and Slovenia won their only medal in Beach Tennis, the bronze, thanks to Marcela GUDERMAN and Urban CEVKA.