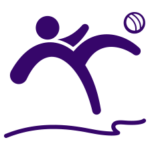 Soccer is the most popular sport in the world, and the biggest passion of Brazilian people, who “transferred” it from the grass to the sand, adjusting the sport’s traditional moves accordingly.

Beach Soccer was first played by Brazilians on Copacabana Beach, where passers-by were thrilled to watch scissor kicks, impressive dribbling and many goals. They adjusted to the sand game in an environment where skill, virtuosity and all sorts of tricks with the ball seem to be a second nature.

The first-ever Beach Soccer tournament was held in Brazil in 1995 and was organized by Beach Soccer Worldwide. The rules were given a dynamic form, challenging each player’s individual skills.

Beach Soccer rapidly expanded, and is now played in 75 countries in all FIFA zones. It is a sport appealing to all ages, played by men, women and children. Hosts Brazil won the title that year and kept it until 2001, when Portugal ascended to the throne.

Participation in Beach Soccer activities by internationally famous Soccer players such as Frenchman Eric CANTONA, Spaniards MICHEL and Julio SALINAS and most of all Brazilian artists ROMARIO, JUNIOR and ZICO contributed very much to the sport’s development and attracted television interest.

The first Pro Beach Soccer Tour included a total of 60 games in Europe, Asia and the United States, attracting big names both on and off ourt.

Just a few years ago, Beach Soccer became a member of the FIFA family, and in May 2005 the first Beach Soccer World Cup was held in the by then famous Copacabana beach of Rio de Janeiro.

France were crowned Champions, beating Portugal in the final.

In Greece, Beach Soccer first appeared in 1996 with exhibition games for people to get familiar with the sport, while a National Team was first formed in 1999.

In 2003, Greece became an official member of the World and European Beach Soccer Federations, and has participated in international events ever since. Only last week, the National Team won the gold medal in the Euro Beach Soccer League tournament held in Catania, Italy.