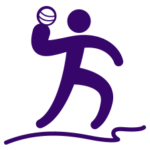 At the European Championships held in Poland last June, Denmark won both the men’s and women’s gold medals.

A turning point in the history of the sport is its inclusion in the “Olympic Family”, and in particular the Youth Olympic Games that took place in Buenos Aires in 2018, with Spain winning the boys’ and Argentina the girls’ competitions, respectively.

At this event, Beach Handball exceeded all expectations by attracting more spectators than expected, thus expanding its horizons.

The spectacular rise of Beach Handball in Buenos Aires was its “passport” to the Tokyo Olympics (2020), where it will be presented as a demonstration sport, with the prospect of joining the official program in 2024 in Paris.